Three for the price of one!

A few months ago I saw the following piece of information floating down the information superhighway on one of their posts: 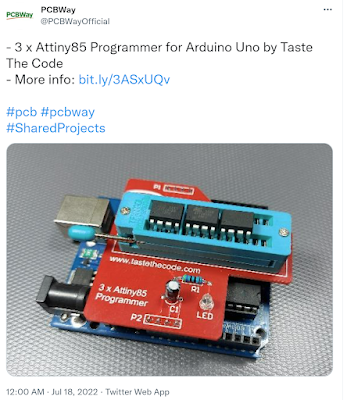 It's seemed like an intriguing idea which I'd only seen before in nature. I ordered the PCB (PCBWay made it easy to order from their site) by following the links and instructions on the blog, and soon had the boards in my hands.

Normally I would do a mailbag video when a package arrives, and then come back to the PCB at some later stage, but these boards looked so nice I wanted to jump straight in and see if it worked.

It was a very straight forward process to solder up the board with a ZIF socket and a couple of other bits and pieces.

There was a bit of crowding on the back of the shield (see possums above), but in the end the board worked fine and the video below shows both ATTiny85s and also ATTiny13s able to be programmed up fine, three at a time! That's a win for me and definitely a win for Taste The Code.

Posted by auspeckfamily at 7:49 AM No comments:

Cooking up a PCB

I have used a cheap oven to reflow solder before, but I was curious if I could use a simple hotplate to attach annoyingly small SMD components to a simple PCB.

Despite the appalling application of solder paste it seemed to work OK!

I do not store my solder paste in a fridge, but full disclosure I do live in a fridge known as Tasmania, so the paste did what it was supposed to do after some heat tickling.

A proper person would do the whole solder temperature ramp profile adherence - but this was a quick and dirty test of the temp rating of the hotplate and also a "proof of concept" experiment should I wish to take this method any further. If you are looking to do SMD soldering the easy way, including ham-fisted solder paste application - check out this video!

Posted by auspeckfamily at 10:24 AM No comments:

Lovely packages arriving in "downtown Tasmania" including some laser modules. Or as my finance minister says "Why?!"

Posted by auspeckfamily at 12:35 PM No comments:

I was clumping through a common staff area the other day and spotted a solar light (with a PIR) for sale through some charity. 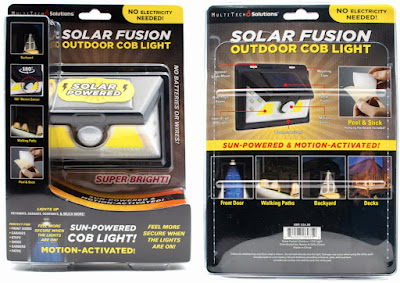 It was only $12 (a great deal cheaper than similar units found in the shops) and I was intrigued to find out what was inside. I suspected that a battery was in there, and I was hoping for a QX5252 based (or similar) circuit whereby I could point and say "Oh, I understand that!"

It was not "to be (or not to be)" as the video below shows - there were surprises...

Posted by auspeckfamily at 9:03 AM No comments:

There's an IC called a TDA2822 typically rated to drive speakers at around 3W. It's been around so long that on many sites it is listed as obsolete!

It's even used in a few cheap amplifiers available online for very few dollars. 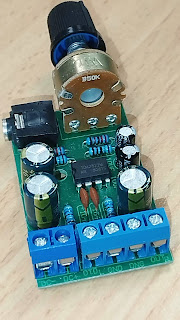 Nonetheless, there is also a facsimile of the chip (I think) to be found called the D2822. It has a separate but similar datasheet - topping out around 1W and also touted for headphones and similar cheap amplifier applications. The pinouts for both chips seem to be the same.

I used the circuit shown in the datasheet and the pinout given as well to make an audio amplifier as follows. 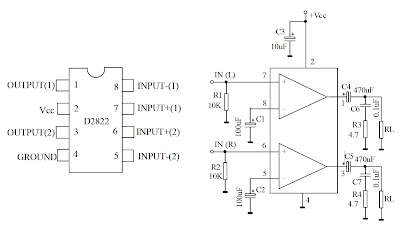 At first I tried rubbish little speakers which were suitably horrible, but then I grabbed a couple of recycled speakers and the sound was actually quite remarkable coming from a tiny little 8-pin "obsolete" chip that barely gets warm as it cranks out the phat beats.

The video is a little loud in places (sorry!) as I have a new phone and keep hitting "volume up" instead of  "volume down" and vice versa!

Posted by auspeckfamily at 8:54 AM No comments:

A nice mix of bits and pieces arriving this week, including some photodiodes and some really interesting SMD inductors.

The big finish is a pile of 5V LED cobs - could come in very handy for lighting the bench and eliminating all shadows.

Here is the video for your enjoyment!

Posted by auspeckfamily at 7:20 PM No comments: 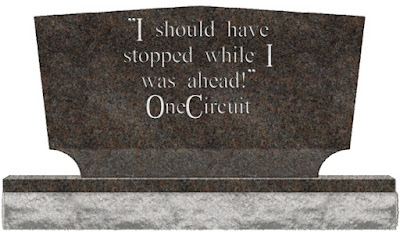 The attiny13 based solar candle has been a success - based on a "joule thief" modified circuit that runs a micro-controller to ramp a couple of LEDs up and down to simulate a night time candle.

The attiny13 runs at 128kHz, the code is written in assembly to minimise overhead and the hardware is optimised to reduce power requirements.

Then along comes a couple of weird ideas out of left field!

1. Use the Padauk PFS154 or the PMS150C microcontrollers, both of which have an extra PWM channel to give three ramping channels of candley goodness vs two (for more authentic fakery).

2. Run the Padauks at 53kHz to further reduce power.

Stage One and Three are done, but even with 30F supercaps I'm not currently get more than a few hours of candle imitation. I've yet to deploy the 5050 LEDs which I normally use to reduce power - so there's a possible saving.

I have also yet to spend any quality time cranking the Padauk's clock to ILRC AND successfully maintaining good PWM.

I believe that I am chasing a foolish dream at this stage - but I want to eliminate all possible barriers to the concept of a candle that in 2500 years time (based on 1 million charge/discharge cycles) is still providing a reassuring lovely glow in the wee hours. 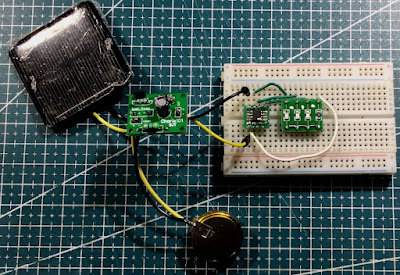 Posted by auspeckfamily at 9:59 PM No comments: